Gender equality and women’s empowerment is a prime focus in the South African workforce, yet the gender gap is still immense.
Despite women making up just over half of the population, they remain relatively underrepresented in positions of authority and power.

On a local and global scale, the gender pay gap is arguably one of the biggest barriers between women and career progression. Research by Accenture found that in South Africa, for every R1 a woman earns, a man earns R1.91, equaling a 91 per cent difference in pay.

Men and women share equal ambitions as they start their careers, with roughly equal levels of achievement – though some studies suggest that women do slightly better.

Due to the fact that women are generally paid less for similar work, or don’t ascend to higher levels as quickly as their male counterparts, it’s easy to lose ambition or become disillusioned by the obstacles. With this in mind, it’s essential that businesses are deliberate about making gender equality a strategic priority, while fostering and developing female business leaders.
In the United States, research denotes that mothers are subject to a degree of gender bias that portrays them as less competent and committed.

The same is true in South Africa; in fact, the share of single mothers is on the increase more than 40% according to the Human Sciences Research Council (HSRC) .The challenge of being a working parent, single or supported, is often overlooked by employers: women appear to be less desirable due to increased family commitments. Working moms are expected to manage the nuances of returning to work as well as be the CEO at home, while more recently being the teacher, with home schooling being introduced since the start of the Covid-19 pandemic. Companies that take a different approach and support parents home lives are the ones that will continue to experience higher retention rates and more engagement, while having their pick of high calibre talent in the market.

The past few years have seen a wave of advocacy for gender equality at work, and the importance of women in business and leadership roles. From media coverage of the pay gap to feminist mobilisation and multimedia solidarity campaigns, there has never been greater awareness in the corporate world of the need for and benefits of promoting women.

McKinsey’s ‘Delivering Through Diversity’ report reinforces the link between diversity and company financial performance, and suggests ways in which organisations can craft better inclusion strategies to gain a competitive edge. Diversity, defined as “a greater proportion of women and a more mixed ethnic and cultural composition in the leadership of large companies”, correlates with profitability.

Women bring an array of essential qualities to the workplace. As empathic listeners who value collaboration and teamwork, they are more likely to build relationships, encourage others to achieve their maximum potential, and complement the skills men bring to the workplace.

A culture of equality, and a workplace environment that helps everyone advance to higher positions, is more likely to contribute to growth, and innovation.

Women bring new skills to the workplace and help to boost productivity, as well as the size of the workforce. If organisation’s want to thrive and strengthen team development, they have to “get to equal”.

According to UNESCO, only 23% of STEM (science, technology, engineering and mathematics) talent globally is female. This lack of women in the industry is mirrored in South Africa. The same is true in corporate; Board, executive positions and other leadership postions are in desperate need of increased female representation.

Although more women than ever before are receiving graduate business degrees, women are still struggling to be on equal footing with their male counterparts in the corporate realm. Old-fashioned stereotypes, gender bias, and under-representation continue to be a worldwide challenge.

There are, however, female and male business leaders in South Africa who are challenging the status quo. Armed with courage, creativity and discernment, these women (and there are many) and men are contributing to workplace transformation.

The future is female

Following changes implemented by president Cyril Ramaphosa, for the first time in South Africa’s history, women now make up half of the government’s cabinet. More women, along with a number of younger politicians, have been appointed which reflects “a good balance of youth, gender, geographical spread and experience”.

Since 2019, South Africa is one of 11 countries in the world with gender equal cabinets. Yet the majority of senior executives in the private sector in South Africa are men. For more than 30 years, women have been earning more Bachelor’s degrees than men. They are asserting themselves in the workplace, negotiating salaries, asking for promotions, and staying in the workforce at the same rate as men. But men are more likely to be successful.

It is the role of all business leaders to take decisive action. This starts with treating gender diversity like the business priority it is, from setting targets to holding leaders accountable for results.

The key to successful leadership is to nurture a culture based on a strongly held and widely shared set of beliefs that are supported by strategy and structure. Culture is as much a product of business strategies as it is of the perceptions of those who created them. This means taking bolder steps to create a respectful and inclusive culture so all employees feel safe and supported at work. Addressing everyday discrimination, or microaggressions, that appear in subtle ways is crucial.

On a broader level, the empowerment narrative and support of women’s equality in and out of the workplace has taken hold, seeping into mainstream culture. Inspirational female leaders are pioneering the way forward for women in business, technology, mathematics, and engineering. Female-focused groups are providing women with opportunities to connect and grow their careers, and companies are navigating for a more inclusive approach to hiring and internal assessment.

As barriers to corporate success are challenged, the recurring themes of gender gaps and disparity are being confronted by high-level leadership. South Africa continues to be fortunate enough to bear witness to this, not to mention the impressive efforts and relentless passion of women leaders, entrepreneurs, and policy shifters. An exciting future is no doubt ahead for aspiring leaders in South Africa.

Here are just five female powerhouses changing the game in their industries.These women and their achievements deserve to be celebrated not only on National Women’s Day but every single day. Happy Women’s Month!

Nicky Newton-King who is the former CEO of the Johannesburg Stock Exchange, a position she held from 2012 to 2019, prior to joining the JSE she was partner at the law firm Webber Wentzel. She has achieved meaningful transformation at the JSE and led a lot of much needed change and technological advancement at the JSE. After her time at the JSE she has continued to get involved in initiatives that make a difference by making quality education content freely available to matric students through Woza matrics.

“Recognising that we have agency in what we do is a really important part of driving change. If we sit back and wait for government or for those who have titles to decide that now is the right time to make a change, change will happen too slowly or perhaps not be the change we would want to see. It’s when you’re in a position where something is not sitting right and you force a change that the change is likely to be something that is more relevant and works better for you.” – Nicky Newton King

Professor Thulisile “Thuli” Madonsela is the Law Trust Chair in Social Justice and Law Professor at the University of Stellenbosch, where she conducts and coordinates social justice research and she teaches constitutional and administrative law. She is also the founder of the Thuma Foundation, an independent democracy leadership and literacy social enterprise.

“Through life I have learned that the most important critic whose judgement of my actions matters is my conscience.” Thuli Madonsela 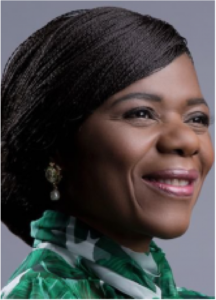 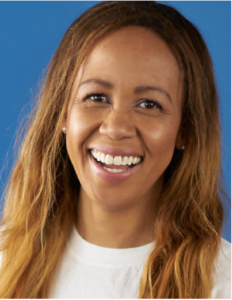 She launched SweepSouth in June 2014 and it has become one of the fastest-growing startups in the country. It currently operates in four South African cities, providing work opportunities for thousands of women.

“We have provided employment opportunities for thousands of ‘SweepStars’ [cleaners] on our platform who are predominantly single mothers with many dependents. What is also important to us is the broader impact that SweepSouth has made in the local home cleaning industry, which required modernisation through technology.” Aisha Pandor

Johannesburg Stock Exchange (JSE) chairperson Nonkululeko Nyembezi became the first woman to chair the board of Alexander Forbes in the firm’s 82-year history.

Nyembezi has held executive and board-level positions in the last 30 years across financial services, mining, IT and telecommunications sectors. She is chief executive officer of Ichor Coal, an international mining company operating in the thermal coal industry in South Africa.

“Alexander Forbes has a strong and capable management team led by Andrew Darfoor. With the support of the board, I am confident of the successful implementation of the strategy for the benefit of our clients, employees, shareholders and investors and the wider community in which our businesses operate.” Nonkululeko Nyembezi 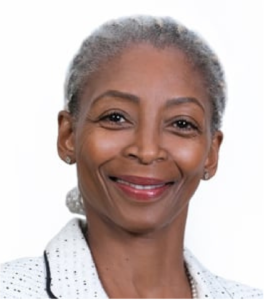 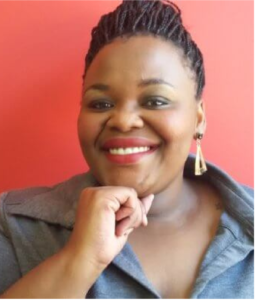 The imprint BlackBird Books, incubated by Jacana Media, provides a platform and a publishing home to both new voices and the existing generation of black writers and their stories. Mahlape is the first black woman in the country to have a publishing imprint

“Authors have to be people of colour. And the books have to centre around that target market. What we need is more representation of black people within the industry.” Thabiso Mahlape